(Some of the news stories below may require a subscription to read.)

Florida court: Patients must wait 24 hours between counseling & abortion
By Sam Sachs
WFLA Tampa Bay
In the latest step of a years-long battle over abortion access in Florida, between the state government and a Gainesville women’s health center, judicial rulings have shifted course.

Judge expected to back Florida law requiring abortion waiting period
By Jim Saunders
News Service of Florida
A Leon County circuit judge indicated Wednesday she will uphold a 2015 state law that would require women to wait 24 hours before having abortions, opponents of the law said. 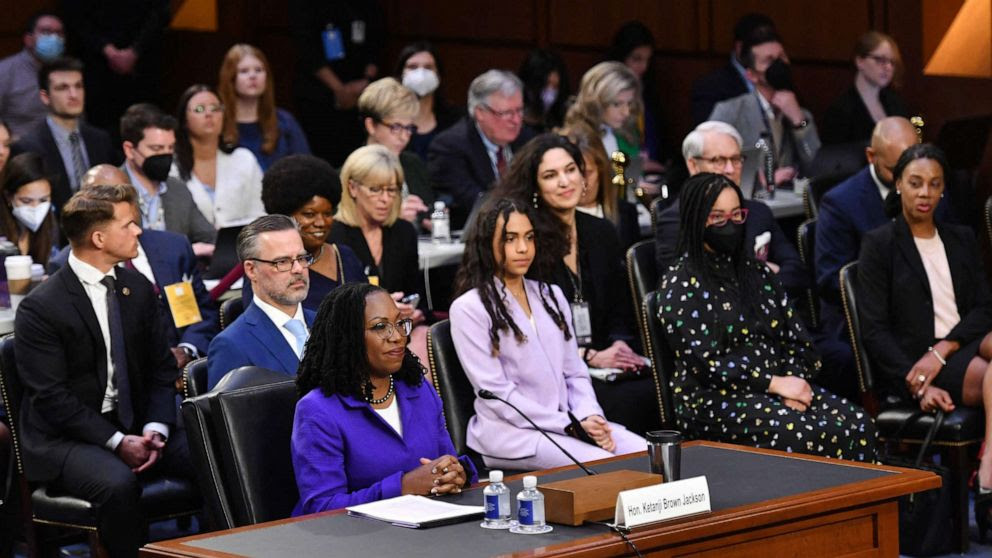 More on Jackson
– What is Jackson’s record on reproductive rights? Anti-abortion groups oppose her Supreme Court nomination
– The racist, sexist mudslinging at Ketanji Brown Jackson is disgraceful
– The Ketanji Brown Jackson Hearings Show Marriage Equality Is the Next Target Once Roe Falls

Beyond Roe: With SCOTUS Hearings, GOP Sketches Terrifying Vision For America
By Amanda Terkel
HuffPost
GOP senators grilling Ketanji Brown Jackson this week have been critical of what they deem to be her “activist” tendencies ― while simultaneously advocating for the Supreme Court to overturn historic decisions to shift the country back decades in a more conservative direction.

Abortion debate continues as new law awaits DeSantis’ signature
By Jeff Allen
Spectrum News
Throughout women’s history, some women see the U.S. Supreme Court’s Roe v. Wade decision in 1973 as advancing the progress they have made because it gives them more of a say over what decisions they can make when it comes to reproductive rights.

Florida’s Abortion Ban Will Obliterate Access in the South
By Anna Eskamani
The Nation
On March 3, the Florida Legislature voted to ban abortions after 15 weeks.

Why Ron DeSantis’s New Abortion Restrictions Will Be Felt Far Beyond Florida
By Annie Geng
The New Republic
On its busier days, the volunteer-run Tampa Bay Abortion Fund receives up to 15 calls requesting support.

Billionaire donates hundreds of millions to Planned Parenthood, including FL centers
By Isaac Morgan
Florida Phoenix
Since a 15-week abortion ban passed the Florida Legislature, the Planned Parenthood Federation of American has received $275 million to finance health care, including abortions, through its centers in Florida and across the nation.

When pigs can fly, men get pregnant
By Karen Coody Cooper
Palm Beach Post
The only way for women to achieve parity with men is to have the same opportunities as men.

Why a ‘war on abortion’ is doomed to fail
By Mary Ziegler and Aziza Ahmed
CNN
Often, the fate of Roe v. Wade looms over the confirmation hearing of any prospective Supreme Court justice.

2022 State Legislative Sessions: Abortion Bans and Restrictions on Medication Abortion Dominate
By Elizabeth Nash, Lauren Cross, and Joerg Dreweke
Guttmacher Institute
In 2021, state legislatures set an alarming record of 108 abortion restrictions enacted in 19 states. With the fate of Roe v. Wade hanging in the balance at the US Supreme Court, 2022 is shaping up to be even more devastating for abortion rights and access.

As Abortion Pills Take Off, Some States Move to Curb Them
By Christine Vestal
Pew Charitable Trusts
In June, the U.S. Supreme Court is expected to weaken or topple its nearly 50-year-old abortion rights decision, Roe v. Wade, giving states wide latitude to restrict the procedure.

Can states limit abortion and gender-affirming treatments outside their borders?
By Vanessa Romo
NPR
Conservative lawmakers across the U.S. have let loose a wave of state legislation attempting to restrict access to abortions and to gender-affirming medical care for transgender youth by allowing lawsuits to be filed against anyone who helps them.

State-level Republicans are going all in on extreme anti-trans, anti-abortion laws
By Natasha Ishak
Vox
Republican-controlled state legislatures across the country are taking up anti-trans and anti-abortion bills at a shocking rate, as lawmakers seize on an enforcement mechanism first tested by Texas’s SB 8.

Ignoring abortion access is getting harder for companies
By Emily Peck
Axios
Companies that never had to deal with abortion rights are now picking a side.

Citi’s response to abortion bans: We’ll pay for workers to travel
By David Goldman
CNN
After a number of US states passed laws severely restricting access to abortions, Citigroup this week said it is providing employees with travel benefits to facilitate access to abortion clinics.

An army of Republican Karens are fighting to end legal abortion in the U.S.
By Amanda Marcotte
Salon
After Texas passed a sweeping abortion ban that outlaws any pregnancy termination two weeks after the missed period, what happened is exactly what pro-choicers predicted would happen: Women did whatever it takes to end unwanted pregnancies anyway.

Republicans Are Grooming Us to Accept Fewer and Fewer Bodily Rights
By Caitlin Cruz
Jezebel
Every day, a fresh hell awaits as I check to see how a state legislator is trying to one-up the legislature the next region over.

What is a medication abortion? 5 people share their experiences
By Danielle Campoamor
Today
As state legislators across the country continue to limit access to abortion care while the Supreme Court debates abortion rights, more people than ever are having medication abortions to safely end their pregnancies.

As States Impose Abortion Bans, Young Doctors Struggle — And Travel Far — To Learn the Procedure
By Sarah Varney
Kaiser Health News
A barrage of abortion restrictions rippling across the country, from Florida to Texas to Idaho, is shrinking the already limited training options for U.S. medical students and residents who want to learn how to perform abortion procedures.

Violence Against Abortion Providers and Patients Is Too Normal in This Country
By Caitlin Cruz
Jezebel
Across the street from the last abortion clinic in West Virginia is a nearly acre-size vacant lot that’s been for sale for about two years.

The Forgotten History of the Underground Abortion Movement
By Lauren Rankin
Dame
In the last few hours of Monday, February 28, the Women’s Health Protection Act (WHPA) died in the U.S. Senate, an abject failure from a branch of government used to abject failures.

Boom! Lawyered: Conservatives Have a New Priority: Health-Care Travel Bans
By Jessica Mason Pieklo and Imani Gandy
Rewire
Conservatives have long wanted to want to make it illegal to leave your state to get abortion or gender affirming care, or to transport someone—particularly a young person—out of the state for it.