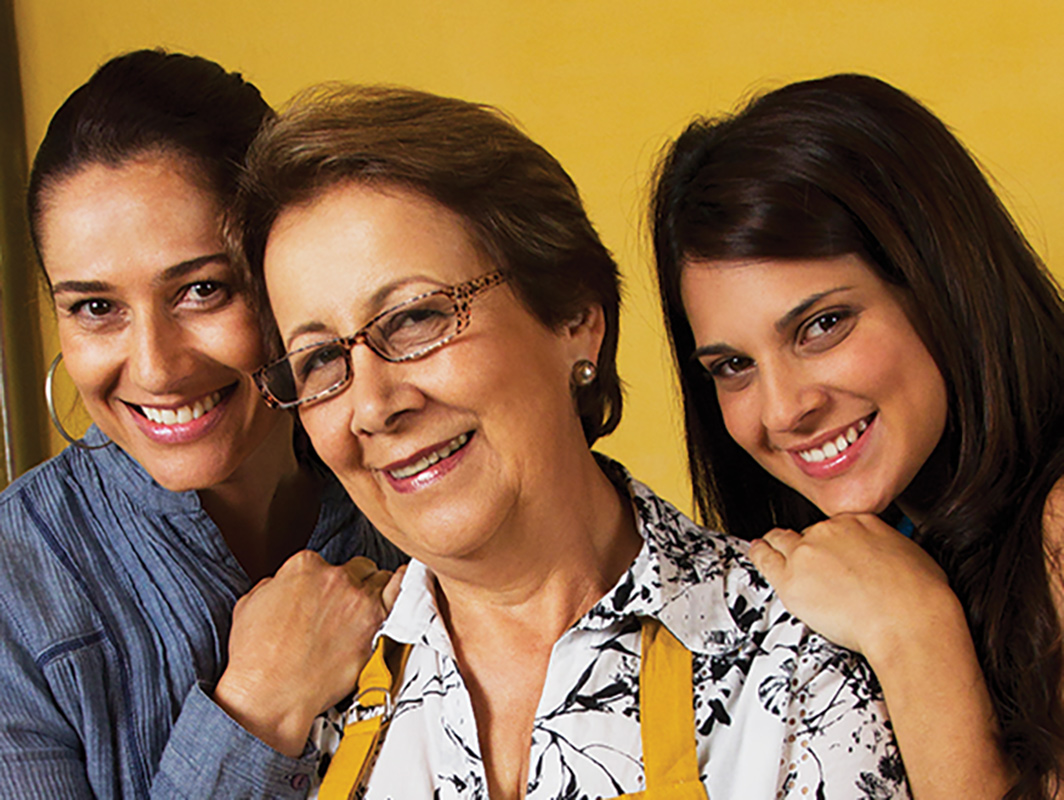 In the spring of 2019, The Floridians for Reproductive Freedom (FRF) coalition launched a campaign to remind the general public that abortion is quite common among American women and that it is, indeed, health care.

The campaign featured a series of billboards along major highways leading to Florida’s Capitol, bolstered by promotions on college campuses, online advertising, a mobile billboard at the Capitol, and social media.  Read more in our press release about the campaign launch.  The values that informed our campaign, along with an opportunity take action, are detailed below.

Abortion is health care. One in four women have had one. The decision about whether and when to become a parent is one of the most important life decisions we make. When we can make decisions that are best for our lives, families thrive and we build Florida communities where each of us can participate with dignity and equality.

Health and safety are basic rights – as is the freedom to define our own path.

Floridians aren’t truly free if we can’t make our own decisions about our bodies, our lives, and our futures—whether that is saying no to unwanted sexual advances, no to an unintended pregnancy, or yes to becoming a parent. When someone decides to have an abortion, it should be safe, affordable, and free from punishment or judgment.

Across the country and in Florida, anti-abortion politicians have been working to push abortion care out of reach or ban it outright. 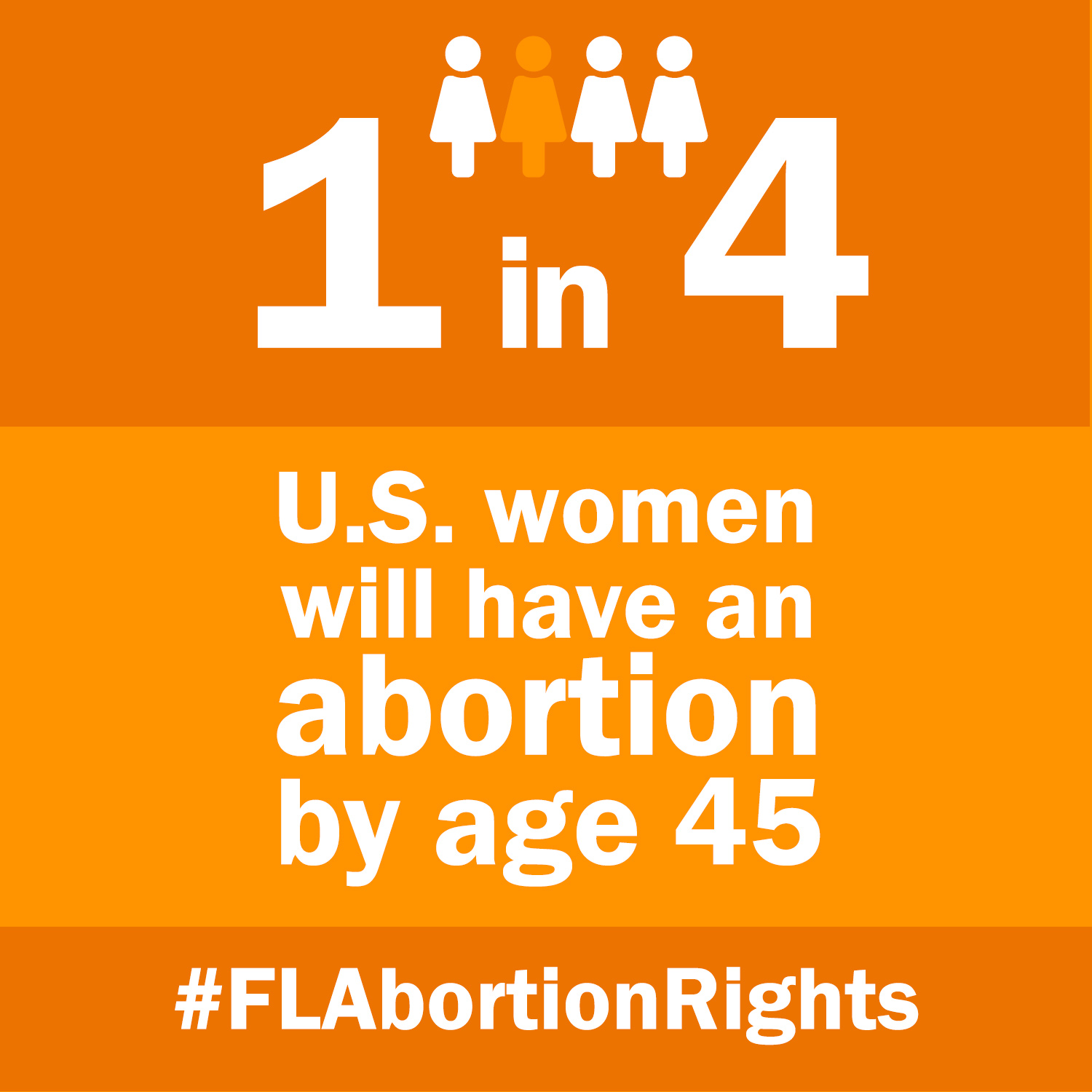 Every year, anti-abortion legislators push bills with medically unnecessary and politically-motivated restrictions. They want to create a web of barriers that push safe and affordable abortion care out of reach, especially for poor women, young people, and people of color. Such efforts are coordinated nationally as part of an agenda to ultimately, bit by bit, outlaw abortion completely.

Anti-abortion legislators pass or try to pass copycat laws from other states that force health care providers to lie to patients; force women to go to multiple, medically unnecessary appointments; and require patients to undergo medically unnecessary and sometimes invasive procedures. Laws that require tougher building standards for abortion providers than other health providers are a blatant attempt to cause Florida clinics to close. Currently, 70% of Florida counties have no providers offering abortions.

Forcing someone to carry a pregnancy can have devastating and lasting consequences for a woman and her family. 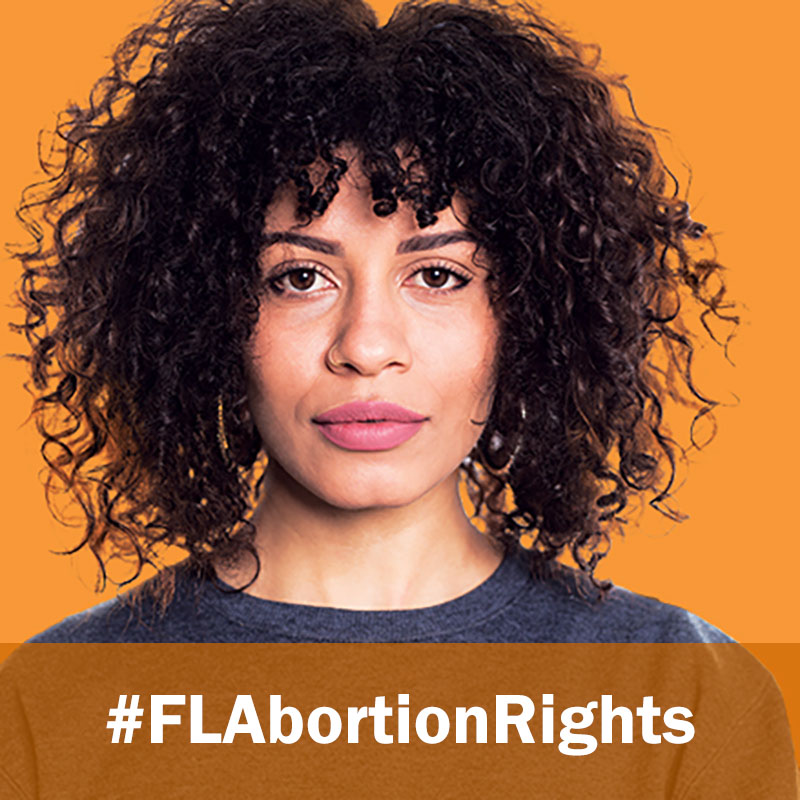 It’s time to speak up and show up to make sure abortion care with dignity and respect is available in Florida communities — and put an end to restrictions based on age, identity, or where we live.

The Floridians for Reproductive Freedom coalition is creating a future that safeguards abortion care, upholds basic rights and justice, and respects our decision-making. We are mobilizing the seven in ten Floridians who support legal abortion to keep pressure on our courts, Legislature, and Governor. Join us in strengthening protections for abortion rights and stopping additional attacks on abortion access. Sign up now to receive action alerts and information on getting plugged in to our movement.

We need you involved. Join the movement for reproductive freedom and abortion rights today.