News Roundup
(Some of the news stories below may require a subscription to read.) 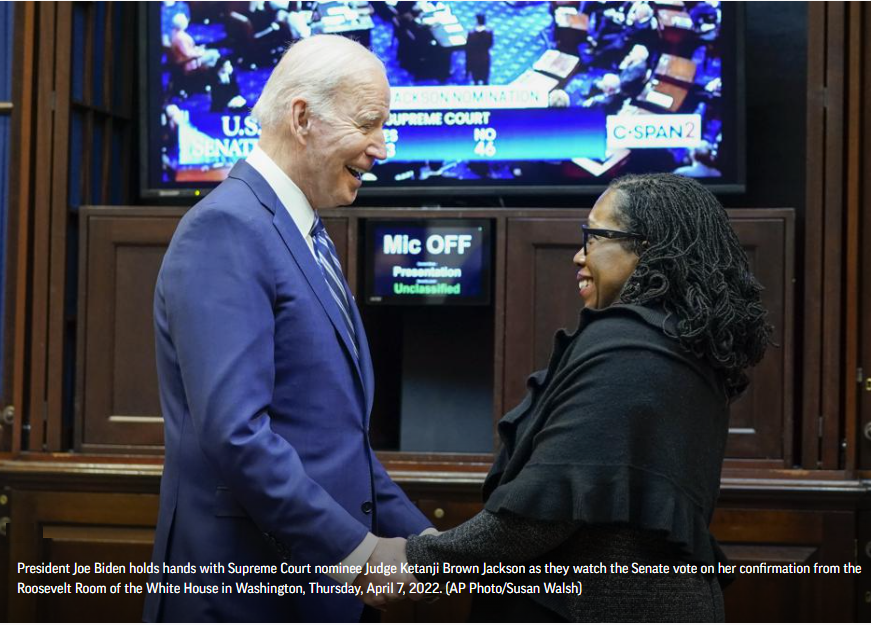 A covert network of activists is preparing for the end of Roe
By Jessica Bruder
The Atlantic
One bright afternoon in early January, on a beach in Southern California, a young woman spread what looked like a very strange picnic across an orange polka-dot towel: A mason jar.

Advocates sound the alarm on abortion rights ahead of midterms
By Nathaniel Weixel
The Hill
Progressives and advocates are sounding the alarm about strict abortion bans across the country and want Democrats to make abortion a major issue ahead of the midterm elections.

Is 2022 the Worst Year for Abortion Rights on Record?
By Carter Sherman
Vice
The national right to abortion may be extinct within weeks, and abortion opponents across the country are now rushing to prepare for its demise.

Will Florida Join Other States in Restricting Access to Abortion?
By Elizabeth Djinis
Sarasota Magazine
Most legal experts expect the U.S. Supreme Court to undermine or overturn Roe v. Wade when it rules on a major Mississippi abortion case later this year, but the real battle is likely to be fought at the state level.

Tracking new action on abortion legislation across the states
By Caroline Kitchener, Kevin Schaul and Daniela Santamariña
Washington Post
Florida lawmakers touched off a cascade of antiabortion legislation when they banned abortion after 15 weeks of pregnancy in early March.

Factbox: Restrictions vs. protections: How states are taking sides on abortion
By Gabriella Borter
Reuters
This spring, the U.S. Supreme Court is expected to roll back constitutional protections for abortion that have been in place since the 1973 Roe v. Wade landmark ruling.

The Man Behind the Texas Abortion Ban Now Has an Even More Radical Plan to Reshape American Law
By Amy Littlefield
Mother Jones
When conservative legal provocateur Jonathan Mitchell published his 2018 law review article laying the groundwork for Texas to ban most abortions, some of the ideas he outlined were so far-fetched that they read more like thought experiments than legitimate legal theories.

State Restraints on Abortion Pill Access Tee Up New Legal Battle
By Lydia Wheeler
Bloomberg
State efforts to ban medications that terminate a pregnancy are likely to be the next big legal fight over abortion regardless of what the U.S. Supreme Court decides to do with Roe v. Wade.

Pills are the next big abortion battleground
By Tina Reed
Axios
As the U.S. Supreme Court weighs the fate of Roe v. Wade, advocates on both sides of the fight are already positioning themselves for the next battle, over medication abortions or so-called abortion pills.

Republicans hope the justices will keep rolling back rights after striking down Roe vs. Wade
By Jackie Calmes
Los Angeles Times
At a party of liberal activists to mark the end of the Senate confirmation hearing for Supreme Court nominee Ketanji Brown Jackson, and her likely confirmation as the first Black female justice, the mood in the downtown Washington club this week was upbeat even before funk star Chaka Khan took the stage.

Supreme Court Hears Arguments In Dobbs v. Jackson Women’s Health Case
By Kelsey Butler
Bloomberg
The two most common ways to get an abortion in the U.S. — via pill and a first-trimester procedure — cost patients 13% and 21% more, respectively, in 2020 versus 2017, according to research published this month in the peer-reviewed healthcare journal Health Affairs.

The bizarre politics of radical anti-abortion activists
By Jon Skolnik
Salon
On Thursday, Lauren Handy, a 28-year old anti-abortion activist currently under a federal indictment for blockading an abortion clinic two years ago, was found to be in possession of five fetuses in her Washington home after her residence was raided by the D.C. police.

The Right To Abort a Pre-Viable Fetus Can’t Be Disparaged by the States. Can Someone Tell Clarence Thomas?
By Maurice F. Baggiano
Ms. Magazine
The Constitution was signed on Sep. 17, 1787, and the Ninth Amendment was ratified in 1791—at which time it became the supreme law of the land, like the rest of the Constitution.